Showing posts from July, 2010
Show all

Interview: Scanning the Warped Tour Crowd with Josh Newton of Every Time I Die 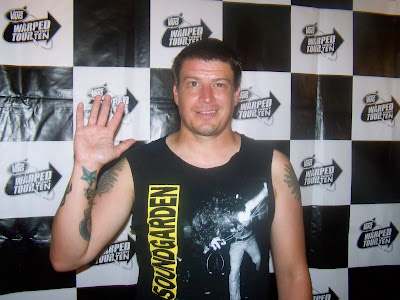 I met with ETID bassist Josh Newton at Warped Tour to discuss touring, the band's upcoming "Shit Happens" sequel DVD, what not to order at P.F. Chang's, and did a bit of myth-busting about a band's perception of its Warped Tour crowd. Read my full interview for ACRN.com XoXo c.
Post a Comment
Read more 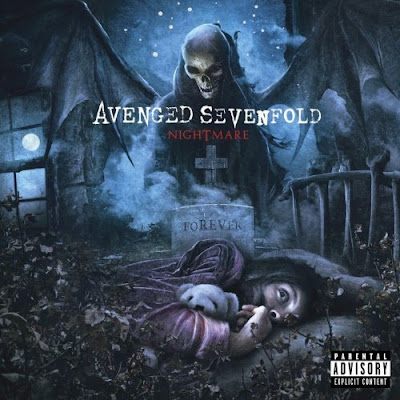 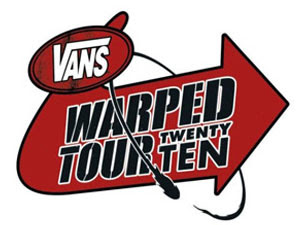 Vans Warped Tour, whether it's a yearly ritual, just something to do or something one plans for all year, is sure to provide a different experience for each person in attendance. Read my full review at ACRN.com! XoXo c.
Post a Comment
Read more 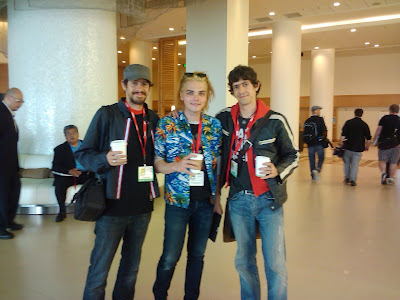 My Chemical Romance vocalist Gerard Way participated in a Dark Horse panel discussion today at San Diego Comic-Con. Sporting a new hairstyle that sent fans into a shocked frenzy, the singer revealed during panel that "there would be no new comics from him this year, but his band just finished its new album and he would return to comics immediately after," according to a live report from ComicBookResources.Com . Way added that the finished product was a "second attempt" at the album, which is not surprising; as, the band announced in March that they had created enough material for two-and-a-half albums . Last year, Way said that his newest comic project "The True Lives of The Fabulous Killjoys" would be out in 2010. It seems the album has made plans change since then. Just two weeks ago, fans were given a hint in the form of a picture that the album had been completed from MCR lead guitarist Ray Toro. XoXo c. If I find more information, it will be p
1 comment
Read more

Hey, guys! A new contest to win MCR posters from yours truly begins today! Check out this video for more details: Additional Information: -Deadline: July 28, 2010 -DM @MyChemChat your video's link on Twitter when you've completed it! -If you have won an #MCRchat contest before, please do not enter. -Be sure to clearly state which poster you want (1, 2, or 3) in your video or in the description. Any other questions? Ask me on Twitter! http://twitter.com/MyChemChat #MCRchat information: http://twebevent.com/mcrchat The prizes: Posters not shown in the video are extras. Because of shipping rates, only U.S. winners will be eligible to receive the T-shirt. All winners will receive "Life On The Murder Scene" stickers, and I will choose a promotional poster to add to each prize package at random. Thank you for participating! XoXo c.
Post a Comment
Read more

"The Final Countdown" for Upcoming My Chemical Romance Release? 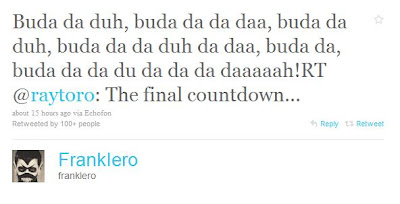 A new image posted by My Chemical Romance guitarist Ray Toro, displays a screen capture from a music-editing program with the message for the "Bouncing To Disk" process on-screen. According to The Knight Digital Media Center , "Bouncing to Disk," in programs like Pro Tools, is a way of exporting a file so that it can be, in short, shared-- whether in the form of a compact disk or uploaded to the Web. Other sources say that a "bounce to disk" can be a way of compressing tracks so that more can be added. If anyone is in audio production and wants to give some good insight, that would be fabulous. Regardless, could this be a glimpse at some of the final steps of MCR's recording? I have a feeling we will be finding out much more very soon. XoXo c. Earlier today: WMG says MCR album is set for Fall release
3 comments
Read more

New My Chemical Romance Album set for Fall Release, According To WMG 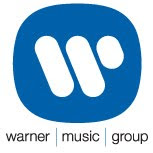 According to a tweet from Warner Music Group, fans should "keep a lookout for [My Chemical Romance's] new album, due out in the fall." My Chemical Romance vocalist Gerard Way had also said the album was likely to be out this fall in the May issue of Nylon Guys . Another false alarm? Let's hope not! Fall can't come soon enough! XoXo c.
2 comments
Read more
More posts