Showing posts from June, 2012
Show all

FALSE Rumor: My Chemical Romance to play México's ONE Festival? 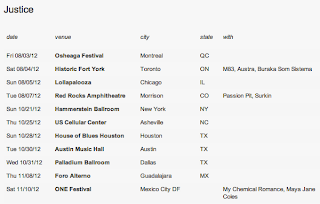 UPDATE! According to Windish Agency , the source from which the rumor seemed to have originated, "MCR will not be playing this fest." RUMOR SMASHED! CASE CLOSED. NO FESTIVAL APPEARANCE. ORIGINAL POST: According to an article on lifeboxset , My Chemical Romance are set to play México's One Music & Arts Festival on November 10, 2012. However, the source site from which the article appears to have a screen-grab (pictured) has since removed all artist names from the festival line-up (if they were ever there to start. We must be skeptical, MCRmy.) According to fan sources , the One Festival  account tweeted that MCR would be playing the fest then promptly deleted. A search for a screen cap of that is in-progress. I will keep an eye on this and follow up if official or more reliable sources post; however, for now, I'm calling it a rumor and saying don't hurt yourself by getting your hopes up. XoXo c.
Post a Comment
Read more

Another Life Chapter: Another "Thank You" to My Chemical Romance 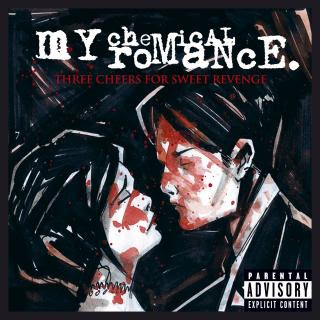 I try to avoid personal posts here, but I think this occasion warrants it. Today is the 8th anniversary of the release of the album that introduced me to the the thing that absolutely turned my life around-- My Chemical Romance . By a magical coincidence that I, as a 14-year-old in 2004 about to go into high school and first discovering MCR through Three Cheers for Sweet Revenge commercials, could have never predicted, the album's 8th anniversary happens to fall on the day before I graduate from college. That's right. Tomorrow, I take the big, horrifying leap into the real world. And I do mean horrifying. The perfect 8-year span from the time I discovered My Chemical Romance and started high school to the end of my education is a remarkable coincidence and something for which I am so thankful. I also could have never predicted then just how huge of a role one band could play in my life. High school is a trying 4 years for everyone. College is testing and terrifying
1 comment
Read more
More posts