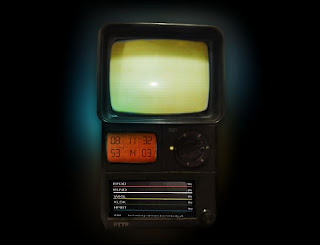 The changeable frequencies: RFDD, BLND, WKIL, KLSK and HRBT expel a variety of sounds, one of which being America's "A Horse With No Name" and another an instrument-only cover of Frank Sinatra's "How Insensitive."

Also, a mysterious Twitter account, @DrDeathDefying, which is followed by My Chemical Romance guitarist Ray Toro appeared shortly after the new site's launch.

More information about the Mystery Twitters.

EDIT:
Keep an eye on the frequency WKIL. It seems to be getting clearer. Pretty sure there's a new song (or, at least, fragments of one) under the static.
Artist: My Chemical Romance

anomnyous said…
hmm all ive got is

HRBT - heartbeat
BLND - im gonna guess Blind (or bland) and doesn't the mouse look familiar to you from an old cartoon?
KLSK - Classic (maybe), (love letter to rock and roll, much XD)
September 4, 2010 at 7:16 AM

tfrank said…
very possible if not indefinate. according to the twitter posts, something will happen at 18:30 sometime, which im assuming is today, 9/5.
September 4, 2010 at 10:37 AM

Anonymous said…
If you listen to WKIL long enough... you can hear a song in the background, and the ace begins to change colors.
September 4, 2010 at 9:52 PM

Sarah said…
Does anyone know Morse code? HRBT sounds like Morse code to me, maybe there's a secret message in there?
September 5, 2010 at 8:43 AM

Anonymous said…
the song u hear on WKIL kind of sounds like Cemetary Drive
September 5, 2010 at 2:24 PM

dmaze said…
if you let the station with the static play long enough you hear faint sounds of drums and guitars. as if it's little clips of a new song :) Also the "A horse with no name" song was originally named "The Desert Song". Coincidence? I Think not!
-Dave Mayza :)
September 5, 2010 at 7:04 PM

Anonymous said…
If you play KLSK you can see that it says "KLSK" in like... not the corner but on one of the radioactive "wings". Maybe the new album has sosmething to do with a vinly? just thinking..
September 5, 2010 at 10:49 PM

DarkAngel said…
So far, based on the site and the Twitter accounts, I can see this.
The new album, possibly called "The Aftermath" based on a pic Gerard Uploaded, connected via the quote "look alive, sunshine" used by a twitter alias, will be Post Apocalyptic themed. I get this due to the possibly title, the references to "Hotspots" (As in residual radiation), also 6k bomb shells along with other things, and the radio/tv on the site playing static and also the song "Desert Song." There are hints at songs, such as music beneath the static, and also HRBT a.k.a. Heartbeat, hinted at by the images on-screen(A heartbeat monitor line). Also, I heard that the station that plays desert song, KLSK, may stand for classic. These are my thoughts, along with things I have heard from others.
September 7, 2010 at 8:19 PM

Anonymous said…
anyone know morse code cause thats what it feels like to me. or are we all overthinking this and is that exactly what they want
September 16, 2010 at 4:31 PM