Frank Iero of My Chemical Romance Talks Killjoys with 98.7 FM 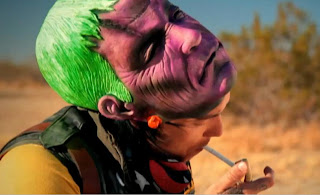 Iero reveals that "from what [he knows], the record will be out mid-November" and he's "pretty sure it's the 22nd," solidifying the date that has been circulating through various outlets but that has yet to be confirmed through the band's official website.

Iero also sheds some light on a prospective time in which the band will play shows Stateside; as, they are about to embark on their European tour

"As far as playing L.A., we would love to be here as soon as possible, but I think that might actually have to wait until November as well. We might be doing some sort of shows, maybe smaller or radio shows." Iero says he "has [his] fingers crossed" on an L.A. show before the end of the year.

Iero jokes that he is "contractually obligated" to say that the newest record is the best; however, he admits seriously that the album is a step in the best direction from the band's first attempt at it.

"If you're not 100% happy with a record, then you shouldn't put it out. And that's exactly what happened. I mean, we wrote a record, we finished it and we like, 'This is pretty good,' and everybody told us that it was really great, and then we listened to it and we were like, 'You know what? We can do better,'" Iero said.

"'Good enough' isn't good enough for us, is the thing. We went back into the studio, and we wrote a bunch more songs, and I truly feel like this is the best record we could have created right now."

You can now listen extended version of the interview 98.7 FM's website.