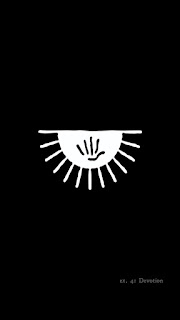 When My Chemical Romance reunited on Halloween 2019, I was sitting in front of this familiar old friend—my blog's composition box. Having had a very slight tip-off before the reveal began to unroll, my first instinct was to run here and to prepare to tell everyone the great news.

But, eventually, I navigated away. I've been contemplating why I did it the past couple days, and I've come to the conclusion that it was because I wanted to live it this time, rather than race to record it immediately.

My heart was racing like old times, my extremities were numb, I was tapping my foot restlessly and absolutely ignoring everything I ever learned about mindful breathing. Pure adrenaline. I was running on solely that, having not eaten nor drank since the night before. (I would go on not to eat or sleep for another day, but more on that later.)

It physically hurt. But it was amazing, because what we'd all hoped for for the past six years was actually about to happen. And instead of spending it here, disconnected and as impartial as possible, I decided I wanted to say "fuck that" and focus on spending the time with all of you.

Last night, still running only on fumes, I held a live chat on my Instagram, during which people were expressing our familiar distrust of the media. Now, said media is a world in which I have lived professionally for the past seven years, having worked at Alternative Press Magazine holding various editorial titles from 2012 to 2016, then continuing to freelance since for both them and, more recently, for LoudWire. Said career is why this blog became inactive; my MCR reporting was elsewhere. Interestingly, however, I've always found myself on the side of the distrustful fan.

As MCR fans, I believe we're all imbued with a little bit of the punk spirit, be it a drop or an ocean. That spirit has forever been and will forever be distrustful of inauthenticity. When you see something written under the banner of a media outlet, you don't see a face. You see a logo. It's easy to be skeptical because there are always money and politics involved.

One thing worth remembering when you see those logos now is that many of the faces writing the stories are from the generation who fell in love with MCR in the first place; whereas, in the past a story might have been tossed to the nearest freelancer, despite their level of love for or apathy toward the band.

As I thought about these things, I came to the realization that we still need faces and voices we trust, and thus I would like to formally tell you all that the Cassie The Venomous Blog is back, but perhaps will not be exactly what it once was.

The rush of being the first and fastest used to be very important to me when it came to this blog. I wanted everyone to hear it here first. It was always a race, and sometimes that meant not getting to live in the moment. It also caused a lot of stress and an impossible-to-count repeats of these past couple days without eating and sleeping.

I read someone post on instagram earlier that they were happy MCR were back, but they couldn't process it in a healthy way. That's exactly how I feel right now.

Over the past several years, I have faced severe lows with my mental health. Times that nearly ended my life several times over. It's so very easy to find myself back in that place. I realize now through therapy and through finding some semblance of balance through medication that I absolutely have to take care of myself. Which means, I need to participate in fandom in a way that is healthy.

So, here's the new goal here:
While I may not post it first, I promise to tell the story accurately and to aggregate information for posterity. I promise not to mislead you nor to spread rumors. I promise this site will be what I have always meant it to be—an archive we can visit to relive these amazing moments in our favorite band's history.

I love you all and am so happy to be sharing this with those of you here from the start and with a brand new generation.

Francesca said…
I've had a few conversations with people about feeling numb, or detached. I think it's a sign of being a little older and a knowing myself a little better that I'm content to live the moment instead of stressing out about the maybes of getting tickets, or having MCR as my only source of happiness or confidence.

My soul is happy MCR is MCR again, but the last seven years have taught me that they're something I can love in an uncomplicated way, without necessarily *needing* something from them, if that makes any sense?
November 2, 2019 at 1:47 PM

Passant said…
MCR and this blog being back feels like the good old days. I couldn’t believe my eyes when I got the email notification for this blog post. It made me very happy. I found the band at a time where I need it to be understood and feel like I fit somewhere in life, like there was place for me. This band and this community of fans are big part of my life. Every thing about the band and what it stood for defined my teenage years and shaped the emotional consciousness of the person I am today.
Back then I spent a lot of time following this blog. So, when I read this post right now and how you felt about the reunion, it made me feel less alone. The whole thing hasn’t really registered yet.
Thank you Cassie for being you and for coming back. Much love and luck to you!
November 2, 2019 at 11:55 PM

AbigailDawning said…
Courage: My Chemical Romance is Back and I... well, I owe them so much.

There’s a line in Danger Days from Party Poision, “We be killing ourselves by sleeping in.”
And I remember in interviews Gerard echoes the sentiment behind the song. Especially when he got clean he takes about his ample energy and the force he put into living instead of resting.

Now there’s a healthy line there to be aware of and in a recent interview he talks about that manic mode of not sleeping, but the message has never left me.

For me it was metaphorical sleeping. It was a comfort zone of rest that was killing me.

6 years ago I knew their projects would never stop. G with comics and cool solo stuff, and Frank with is never ending punk ethos to get out and play, and Ray with his drive to touch music, Mikey with his curiosity...

But, for myself I had no clue what I would do with that and even now I’m still disappointed in myself creatively.
I had been living in a comfort zone that was so small I rarely left home. I didn’t go out with friends and I didn’t believe in myself when it came to my writing.
But I began a journey to the habit of leaving my comfort zone that truly reared a head this year and allowed me to create the best year I’ve experienced since 2013.

Starting with the break up I promised myself and solemnly to the band that I would not waste their 12 years of inspiration. I would take the mantle of an MCRmy soldier, a Killjoy and harness that strength to live my life in a way that would make them proud, me proud, and anyone who saw my life excited for the things I was doing.

In 2014 I started my novel from scratch and got all the way to the last bit... lol perhaps the fewer of not being good enough stole the ending from me.

In 2016 I fell in love. She was the wrong woman for me, but it was a stretch that I would have met her. I put everything into her and lost myself. We broke up last year and I didn’t stop liking my wounds until this year.

This year I have pushed myself to challenge every fear that arises. A thrill seeking venture. My Chemical Romance instills such courage in me that I was able to do so much. Plus having Frank helped.

I found a career that I live and that I don’t feel trapped in. I am not afraid to live alone or with strangers. I started skating with my local roller derby team! I started challenging my anxiety of going to concerts alone and going to see bands that I barely knew. My love of alt rock has expanded so much!

MCR was my life and without them I made a pact to live a life they would in my shoes.
I think I’ve done my best this year.

I owe them everything, even in their absence. I owe them my courage.