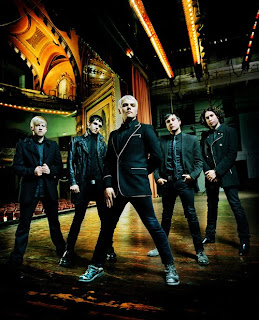 As I was snooping about today, I came across a twitter account for @MCRofficial that was being followed by one of the MyChemicalRomance.Com moderators who works for WBR.

At the time I found it, there were three posts that started from November 10 and only three followers including myself. I have a feeling this is official and will be announced soon.

If not, I'm just over-excited and blabbing, but it seems legitimate.