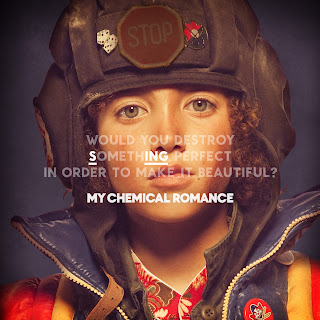 My Chemical Romance are set to debut their new single, "Sing" tomorrow, November 3.

Several sources have mentioned that they will play the song, including Myspace Music, which will begin streaming the song at 12:35 p.m. PST. and FriendsOrEnemies Radio, between 3:30-4:30 p.m. EST. You can stream FOE right here using the player to the right.

According to a press release from Reprise Records, following the "Na Na Na..." trailer-before-single pattern, a trailer video for "Sing" will also premier on the band's website tomorrow!

Myspace Music describes "Sing," My Chemical Romance's second single from their upcoming album, Danger Days: The True Lives of the Fabulous Killjoys, as "an epically soaring ballad that could be considered this record’s version of 'I Don’t Love You' and/or 'Ghost of You.'"

"Sing" is to be made available for iTunes purchase starting November 4.