'Danger Days: The True Lives of the Fabulous Killjoys' - My Chemical Romance OUT NOW! [A look back at the Journey]

November 22, 2010
Looking for a review?
My Danger Days... album review from the California listening party on November 9. 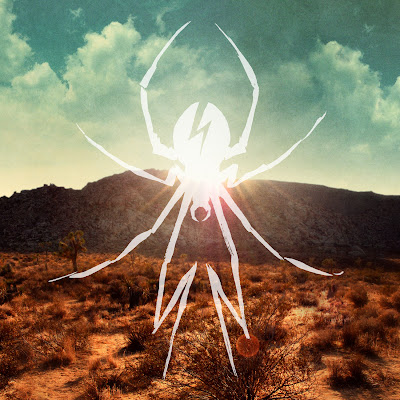 It's been more than 4 years since The Black Parade, and we made it! I am absolutely, heart-stranglingly proud to support My Chemical Romance and to have been able to write about the creation of this masterpiece through every step, misstep, stumble and take-off leading to today's beautiful apex! Danger Days: The True Lives of The Fabulous Killjoys is out now!

Danger Days: The Creation as told through my blog...

I guess the lead-up to today's release kind of started in early 2009 with the release of "Desolation Row" for Watchmen. After the men of MCR had been on a break since Spring of 2008, fans were able to get a brief glimpse of them immersed in the comic world the band has always so loved.

Within a month, reports were coming out that MCR were officially writing the new album, then suddenly they were doing interviews with MTV about their stripped-back new material, then - BAM - all of the sudden MCR was going to be playing Summer Sonic by August of 2009?! Whoa!

By May, the band had announced that they were recording with producer Brendan O'Brien, which would all change by the end of the journey, but let's not get ahead of ourselves.

Then suddenly this was happening:


By July, MCR seemed to be back in full-force with two small shows announced at The Roxy leading up to Summer Sonic. It was at those Roxy shows that fans first heard what the new My Chemical Romance could sound like on their upcoming album with then "Death Before Disco," "The Drugs" and "Hail to the King." Oh, and Gerard also announced his upcoming True Lives of the Fabulous Killjoys comic in July.

Fast forward to October 2009, when the band first announced they had finished tracking.

By November, the press was hot on this new MCR for which we had all been biting our nails in anticipation. Ray Toro was teasing us to death with track descriptions. The band even appeared on the cover of Alternative Press' Most Anticipated issue, spilling about their album of "self-protest." With all the buzz surrounding the album and talk about Trans-Ams and Blade Runner, fans assumed a seemingly sci-fi straight-up Rock 'N Roll album would be coming their way... and soon.

In early 2010, the band spoke of the album's being a "breath of fresh air" for fans and talked about the urges to "fucking rock" and "escape" in the context of their new tunes.

Around March, fans received two pretty sharp blows. First with the cancellation of the band's Sound Wave Festival appearance, then with the news of long-time drummer Bob Bryar's departure from the band. However, the bad news didn't last long; as, the guys soon announced that they were working on what they called "the new shit god-dammit" and had written, over the past year, 2-and-a-half album's worth of material (I even began documenting all of the known titles of songs. There are plenty). Before we knew it, they were in the "exciting final phase" of recording.

In the midst of this of this finalization of recording, Gerard appeared on the cover of Nylon Guys, and the article revealed that the band had switched to producer Rob Cavallo for the final take of their new album, and Frank Iero's limited edition prints of MCR's recording process started coming out.

In July, everything finally started to become a reality when Warner Music Group tweeted that MCR's album was set for a Fall 2010 released and when Gerard announced the album's completion at Comic-Con!

Then came the mindfuckery! Suddenly, there were shirts with rayguns and space squids popping up everywhere one looked. Gerard tweeted "Look Alive, sunshine...", and - WHAT?! - Why on earth does MCR need a little girl and a man who looks like a lady?

I think all fans are pretty well familiar with what September 2010 brought: Transmissions came first, mind-boggling all of us with its static, beeping and "A Horse With No Name" on KLSK. Soon, Twitter was crawling with many crazy beings like Dr. Death Defying, NewsAGoGo and Agent Cherri Cola who were, somehow, related to MCR. We were baffled, but it would all soon be become much clearer with...

Fans soon came to find that MCR had scrapped the entire first take of the album and that Gerard, after having retreated to the desert, came back to his bandmates with the idea for the Killjoys world and a new direction. The new material is a protest of what they had become by setting boundaries for their art on the first attempt at the album. At last, Danger Days: The True Lives of the Fabulous Killjoys was solid and fans could grasp exactly what was going on.

Between September and now is such recent history that I'm sure all of the fans are pretty well familiar with it, but if you would like to look back at how I've documented the 2010 MCR explosion, feel free to:

With the European leg of their "World Contamination Tour" behind them and a North American one set for the Fall, My Chemical Romance are getting busy, Dangerously so, and I promise to keep you updated through it all!

Danger Days, it seems like it's been a lifetime, but the wait is over today! Buy yourself a copy, buy a copy for your friend, Make your mom buy you a copy, play it for your Mom! Blow this album sky high; because, MCR absolutely deserves it.

Today, we are attempting to trend #DangerDays on Twitter. If you have an account, contribute by tagging your posts, please?!

Be sure to watch the Live Stream of MCR's album release show tonight on MTV.com!