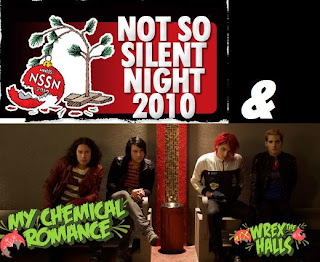 In continuation of My Chemical Romance's U.S. Radio-sponsored show-playing, they are set to play:

The line-up for the San Diego show will also include Smashing Pumpkins, Bad Religion, Jimmy Eat World, Switchfoot, Anberlin and A Day to Remember.

Tickets for the San Diego show are onsale now. You can find the code for the current pre-sale here.

Tickets for the San Jose show will go onsale November 6 at 10 a.m.. I will post a link here as soon as it comes.