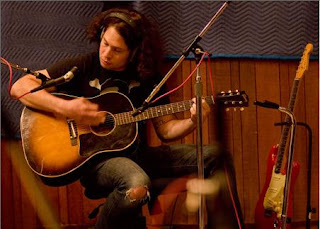 In a blog entry posted today by My Chemical Romance guitarist Ray Toro, he informs fans that the band is "almost done tracking the record" and will be moving on to the mixing process for the album very soon!

This translates to: the album-recording process is more that half way done! On average, an album may take three weeks to mix, but -- of course - there is no standard, and the duration of the mixing process varies with studios, producers, and artists, but the mixing is the quick part of making a record; so, the wait is coming to its final stretches.

In his blog, Toro explains that after their brief stay in Japan to play Summer Sonic, the band came back to the U.S. and to their album with a new motivation and wrote what he believes are some of the best songs on the album. The guitarist stated that something could be learned from their inspiration following the shows in Japan: "Sometimes you have to step back to get to the real heart of things."

In interviews prior to the Summer Sonic shows, lead singer Gerard Way professed that "Death Before Disco" was "the greatest song [they've] ever written."

If Toro's analysis is correct and the best stuff on the album was written after "Death Before Disco," we fans have an amazing album to which we can look forward.

For more information on MCR's recording of their upcoming album, check out my other My Chemical Romance blog entries.