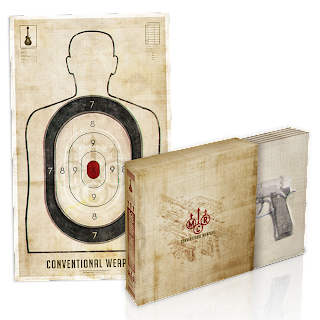 My Chemical Romance have announced the tracks, pre-order information and release formats and dates for Conventional Weapons.

Every month for the next 5 months, My Chemical Romance will release a double-sided single in both 7" vinyl and digital formats!

The tracks and release dates are as follows: 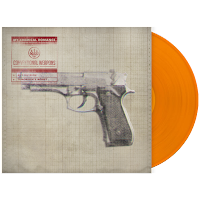 Right now, there are 2 pre-order options available in the MCR store for a limited edition box set (note: you can also buy these one-at-a-time if you don't want the set), featuring all of the vinyl and digital downloads.

Both packages include: a Conventional Weapons poster, digital downloads on their release dates and a "custom slip box to hold all" of the vinyl!

There is also a new t-shirt with the album art for Number One on it!

(I will add more details soon and some of the backstory on the tracks later. I was leaving for an Alkaline Trio show just as the big news was announced; so, that is why this is late! And, I'm BEAT for the night! Haha!)