September 09, 2012
Here's an outline of what's been going on in the My Chemical Romance world since my previous "MCR digest" post on September 2.

Killjoy panel at this year's New York Comic Con? Sounds like it! I'll keep an eye open for more details as they come!

Here's the excerpt where he discussed working with MCR on Killjoys:

"...The only beacon of light was the My Chemical Romance Killjoys/Danger Days project, where they flew me over to Los Angeles to chat and develop art designs and storyboards. It was the best. I got a new Fender Jaguar guitar, I stayed at the very chill Mikey Way and Alicia Way residence. I flew first class where I sat next to Leighton Meester and watched her face get all puzzled when she asked me what do I do and told her that I am a comic book artist. “You know, Spawn?” Good times. Then it was back to New York and straight back to my fortress of solitude in Athens, Greece, to work on the Killjoys project. A few months after it was back to the same old negative shit, the My Chemical Romance project went on hiatus in late 2009 and my American girlfriend at the time told me over an email that she doesn’t want me to go back to the U.S. I guess that gave me the initiative to end that awful relationship and move on to rebooting myself, my art and my career..." 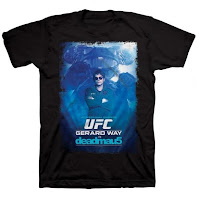 September 4
UFC has released some merchandise with Gerard's face on it.
shirts | posters 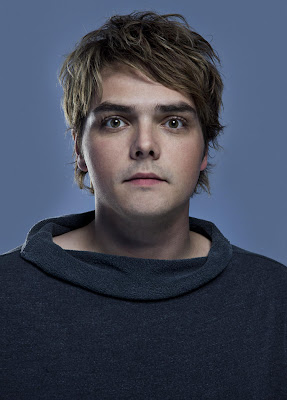 September 3
Allan Amato, the photographer who shot Gerard and Mikey for Illuminate Parkinsons, posted a new picture of Gerard.