September 23, 2012
Here's an outline of what's been going on in the My Chemical Romance world since my previous "MCR digest" post on September . 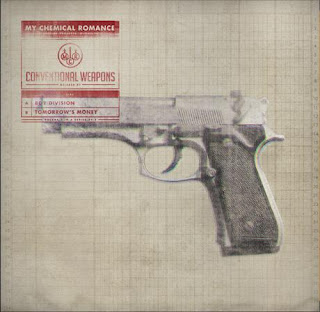 Check out Frank Iero's recount of MCR's scrapped album (Conventional Weapons) era and the details of their upcoming releases.
Post also includes information about the accidental posting of the fourth 7" in the series that tipped fans off that something was coming!

September 18
Alternative Press announced that their upcoming issue will include an interview with deadmau5 and Gerard Way!

I'm particularly stoked about this; because, I actually got to transcribe the interview while I was in office, and I've been dying to tell you about it!


"Following the success of their “Professional Griefers” collaboration, the fearless wiseguy of the electronic dance music realm and the My Chemical Romance frontman crack wise, tell stories and drop dimes on their respective scenes."

September 21
Frank posted lyrics for "This Song Is A Curse," the song he wrote for the Frankenweenie Unleashed! soundtrack, which is set for release  September 25.

Listen to a short preview of the song below: