January 04, 2012
As some of you know, I have been stuck in an abysmal state of Internet-less-ness since late November. As such, I have not been able to update as frequently as I would like.

Those of you who follow me (@PoisonAndFire) on Twitter probably already saw these as they came out (thank goodness for my mobile Internet access, even if limited!), but here is a re-cap of what has happened in the MCR news realm while I have been on winter break. 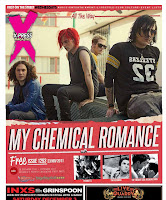 In an interview with X-Press Magazine, bassist Mikey Way talked about the Danger Days... recording experience, reaffirms that they will "never add another member to the band again" (for those still wondering if their touring drummers will become permanent) and that they do, indeed, plan "to get together and begin the process of putting together a follow-up album....sooner rather than later!"

---
November 24
In an interview by Kill Your Stereo, guitarist Frank Iero hinted that MCR's upcoming Big Day Out performances may hold new songs, songs fans haven't heard in a while and hints at what the band's next creative direction might be.

"...right now we are trying to think about the next stuff so it is really going to be smack dab in the pre-creative headspace of what the next record is going to be, so not [only is it] going to be Danger Days [fueled] but also possibly [fueled] by whatever the new thing is.

I kind of want to keep [the setlist] open, and if some new stuff makes its way in that would be really great, as for the vibe I have no idea what it is going to be. I definitely want to play some songs that I think the Australian fans haven’t gotten to hear live because we haven’t been there on this tour. There is going to be some Danger Days stuff, I think we should play some older stuff, and hopefully some of the new vibe will work its way in.

---
December 11, 2011
Coup De Main Magazine announced that My Chemical Romance will contribute a New Zealand tour photo diary to them.

The magazine also did an interview with Mikey Way which is set for publication in the February 25 issue.
**UPDATE**: The Interview is now published.

---
December 12, 2011
In a Rave Magazine feature, Mikey Way discussed the differences between touring on their previous albums and on Danger Days and the positive impact that and the album itself has had on the band.

---
December 14, 2011
The Music Network spoke to Ray Toro about MCR's misfortunes, obstacles and growth over the years.

"We’ve been through some tough stuff this year,” says Toro. “All those things that happened, you can take it either of two ways: you can let it get you down and defeat you, or you can rise up from it. The cool thing with us is that we’ve always risen. We’re still around now and that’s incredible.” 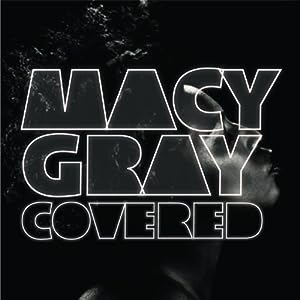 December 19, 2011
Macy Gray's Covered, which is set for release March 27, 2012, will feature the "I Try" singer's cover of My Chemical Romance's "Teenagers." This should be interesting!

In other news of covers, MCR's cover of Bob Dylan's "Desolation Row" will be included on the compilation Chimes of Freedom: The Songs of Bob Dylan (set for January 24 release).

---
December 20, 2011
In completely random news: Gerard Way interviewed Johnny Galecki of The Big Bang Theory, which is great because I love both of those things, but I'm still not entirely sure why it happened. Haha!

When a news story started circulating among entertainment sites that Galecki had received word of his Golden Globe nomination while he was Emailing a member of MCR, I was curious and confused, then when the end result of that Email came out as an interview, I was even more curious and confused. But, again, I'll take it.

Keep an eye out for my next entry in which I will outline current MCR-related contests.