August 06, 2011
Part three of a four-part interview series I conducted for ACRN.com at the August 2 stop of 2011's Vans Warped Tour 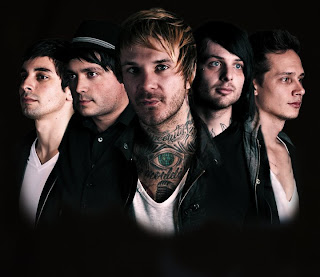 Supergroup D.R.U.G.S. (Destroy Rebuild Until God Shows) is still relatively young, as bands go, but with a full-length album, an EP and an already dedicated following, they set out on this year's Vans Warped Tour to show intrigued, sweaty audiences what years of prior experience and a new group dyanamic can do.

ACRN spoke to bassist Adam “The Skull” Russell, also from of Story of the Year, about what it takes to restart a band from scratch, "the war on assbags" and what in the world his band, Slipknot and Harry Potter have to do with each other.

Read the full interview at ACRN.com.