As I explained in my previous entry, I had been taking some time away from my computer to be with my grandmother in the final days of her life.

Unfortunately, she passed away on August 8, and I haven't been taking it so well.

But I know she wouldn't want me to wallow. She always encouraged my writing and, though she didn't understand it, was interested in "that computer stuff" I do. So, I'm not going to stay offline and mope. I'm going to remember her encouragement and continue this "computer stuff," as she would say, full force.

Here is what has been happening in the My Chemical Romance world lately: 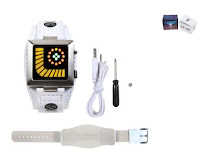 It is available on the newly-designed MCR online store for $125.


-July 28, 2011-
MCR and Buzznet are holding a Honda Civic Tour Blogger competition. Winners will receive two tickets to their show of choice, photo passes and a chance for their review to be featured on Buzznet, the MCRmy and the official My Chemical Romance website.

The fan blog for the Boston show is now up on the MCR site.

Having recently gotten to do something similar (the World Contamination "tour reporter"), I would highly suggest entering. It was a lot of fun and is a great opportunity! Good luck!

If you don't have Spotify yet, you can view the tracklisting here, and get Spotify through MCR's invite!


-August 8, 2011-
MCR performed "DESTROYA" and "The Kids from Yesterday" on Late Night with Jimmy Fallon

Watch the performances below.

(Above video found through MCRupdates on Tumblr.)


-August 10, 2011-
Thanks to GerardWayBrasil, you can view scans of the 7-page Kerrang! feature, which chronicles-- in interview format--MCR's ten years as a band.

There are a couple spin-off articles based on the Kerrang! feature. One from MusicNews about Gerard's comparing their first live performance to a "car crash," and another from MusicRooms about the dedication of their few fans at some of the first shows they played.


-August 11, 2011-
The official MCRmy has declared a "mission" for fans to spread the words about upcoming Honda Civic Tour dates and to submit show meet-up picture.

AbsolutePunk conducted an interview with Mikey Way. Keep your eyes open for it!


August 14, 2011
"SING" is set to be the music video on this week's episode of The Glee Project
More information.

CassieTheVenomous.com will now return to its regular transmission frequency.

Anonymous said…
Oh god, I'm so sorry. Your grandmother seems like an amazing person, and it's only natural how much this would shake you up. It's honestly inspiring the way you're able to come through this and find purpose and honor in her memory. I'd compare it to Gerard and Mikey and their grandmother, even. Facing death like that...you deserve a hug. And always, always remember that there are moments that transcend time, where people are never gone because they're in the life all around you.
August 15, 2011 at 11:11 PM

Cassie The Venomous said…
Thank you so much.

I was thinking, through so much of this, of the line "You only live forever in the lights you make" from "The Kids From Yesterday," and I knew that my grandma had left several "lights" in my life. She encouraged me artistically and taught me so much.

It's up to me to keep that shining through in her memory.