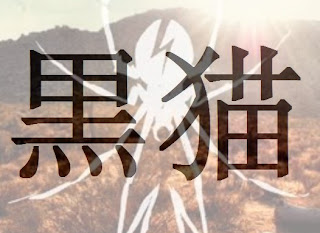 Gerard Way has said that the Killjoys wear "bad luck beads," wooden bracelets with symbols of misfortune on them, in a way that counteracts the bad luck's finding them. If it's always with you, in theory, it wont be looking for you.

I should have worn my bad luck beads to the Cincinnati stop of the Honda Civic Tour on Sunday.

Knowing that we had seats, my friend and I did not begin our trip to Cincinnati until later in the day, both of us with a strange feeling in our chests. Of course, I began that trip having forgotten my insurance card, and with a GPS that decided to take us wherever it pleased between home and the Riverbend Music Center.

When we got to the venue, the parking lot was closed and we were directed to park in a muddy field in which people were getting drunk and playing cornhole--a land of scratches, dents and flat tires waiting to happen. I had said to my companion Emily, "People are tailgating? Really? Don't they realize MCR is about to kill them all?"

We walked the distance to the venue, then everyone we came in contact with started having bad luck, as well: One found out her ticket was a counterfeit, and another found out she had seat tickets after having waited in line all day expecting pit. I think EmilyAllman and a couple girls from MCRmy Cincinnati were the only ones we met who survived our curse.

Everything we touched crumbled.

When we were going in, security stopped me and told me I could not have my camera, so my friend and I had to walk it back to my car. The skies had been threatening rain all day, but they only opened up and absolutely poured on us the second we were away from shelter and making the long walk back to my car. The parking lot flooded, and the rain was hitting us so hard that we couldn't see.

In all of that chaos, my cell phone was completely ruined, which explains my complete lack of pictures for this review.

The image that does accompany this post contains the Japanese kanji for "black cat," which is one of the Bad Luck Beads' symbols. I'm hoping it will work to ward off my bad luck for my next two HCT shows in Cleveland and Indiana!

All the mishaps leading up to the show only served as a stronger reminder to me that the world just dissolves for me while I'm watching MCR.

Though, another stroke of hard-to-ignore bad luck was our standing behind very tall men who admitted they were not in their assigned seats, but using them until the ticket-holders got there. Though it made it hard to see, and though they were making fun of MCR the entire time they played, it didn't phase me. Until, of course, they began laughing and making wrist-cutting gestures during "Famous Last Words," which made me want to wipe them from existence.

Still, I could jump high enough to see over their heads, and I was--indeed--jumping the entire time, despite the stillness of the people all around me and the water that was weighing down my boots.

Surprisingly, the crowd was pretty inactive during MCR. I had heard from other fans that that had been the case at the shows they had gone to, but I was in denial until I saw it for myself.

The crowd's general calmness made it even more exciting when I looked back to see the mass of people pumping their fists during "Welcome To The Black Parade" at Gerard's command, or flashing their hands at the end of "SING" as Gerard encouraged us to "keep shining" and to "mean something." He even praised the crowd for quickly obeying his order to put our hands up for clapping at the beginning of "Mama," saying we did it so quickly that he owed us cupcakes.

It was often difficult to hear what was said between songs, probably a result of Riverbend's decibel cap, which Gerard denounced early in the set: "It's happening in your city, and it fucking sucks," he had said.

Still, they ripped through their set as if nothing were holding them back, despite volume limits and a crowd that wasn't entirely theirs.

The stillness of the crowd made me want to give energy back to them even more. I hoisted my entire body into every move I made and sang along so fiercely that I felt my ribs begin to hurt from expanding and collapsing with such force. I'm still sore a couple days later, the way I would be if I had been within the pushing crowd and not in the seats.

Every time I see MCR, and especially at this show, surrounded by people who didn't really know what to expect, I feel so proud of them. And I feel proud to be a part of what they're doing: Something so much bigger than me and something so fearless and different.

Every time an MCR interview, music video or a Transmission from the website was was shown on the onstage screens between sets, I just felt exhilarated and proud. I found myself wanting to explain BL/ind to all the uncaring strangers around me. Haha!

Through the band's Japanese-spoken Better Living Industries video introduction to the very last notes of "Famous Last Words," I just felt so proud of them. It's tough to describe, but it was just this feeling of knowing, to your deepest core, that My Chem is doing something so very special and different. Watching it baffle people around me and seeing people outright fight it was, in a way, rewarding.

The guys in front of me making fun of MCR, the idiot behind me who yelled that Gerard was a "pussy" for not telling the crowd to mosh in the tiny pit before "DESTROYA" for safety reasons, all the horrible luck of the day: It all made it somehow better.

It showed me, again, that survival fire that MCR has always lit within their fans, that fearlessness to be who you are and love what you love with passion in the face of all the shit that gets thrown at you.

It's like in that NME interview in which Gerard talks about looking in the mirror and realizing he's still not cool. Surrounded by obstacles and people who didn't get it; getting dirty looks and walking past the parties to just get to the music, I felt that: I'm STILL not cool. MCR is still not a "cool" thing to like.

Kerri said…
This is a great review! I was disappointed on many levels, but not at all with MCR. I agree with your statement that MCR did what they could with an audience that wasn't theirs. Everyone seemed to be there for Blink. Travis Barker is fucking amazing, but Mark and Tom and immature douchebags and for that reason, I don't care for the group. Regardless... Riverbend sucks and if I ever see that place again it will be too soon. I can't believe they told you that you couldnt have your camera. Everyone around me had theirs! I had posted this in the forum, but I will say it again. I am very disappointed at the number of tickets that suddenly became available day before show that were as close as 6 rows back. I ended up in row 20 and bought my tix shortly after they went on sale and I couldn't see shit. I feel bad for those further back and in the lawn. It would have been pointless to even go. The one thing I want to add, is that while everyone I saw seemed to be there for Blink, I was amazed at the singing along with MCR songs. It was kind of neat, but at the same time annoying because I could barely hear them over the audience. Thankfully, I didn't seem to be around anyone who was being disrespectful to MCR.They probably knew better because I made it very obvious who I was there for! LOL
Again, great job on your review!
August 23, 2011 at 11:06 PM

Francesca said…
All the bad luck sucks, but I think it's great that you turned it on its head and loved the show anyway; you're right, that's the point of MCR - doing stuff that the world says you can't or shouldn't :)
August 24, 2011 at 4:15 AM

Although, I didn't notice any MCR hate like a lot of people say they did.
The more songs MCR played, it seemed the more people sung along. Especially during I'm Not Okay & WTTBP.
I was expecting the crowd to be 90% Blink-182 fans. I thought there was quite a few MCR fans.
Everyone around me, even the drunk idiots wearing Blink shirts, were singing along. Maybe that was just my section?
I'm glad I wasn't the only one who couldn't understand anyone when they talked. I thought it was me.
August 25, 2011 at 6:42 PM