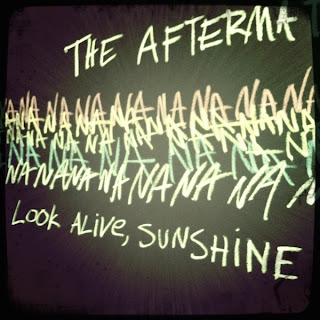 Last night, Gerard Way returned to Twitter to celebration in the form of MCR fans from all over the world coming together to crash the TweetPhoto page that displayed the accompanying image (left) for Way's tweet that read simply, "Look alive, sunshine..."

Way, unsurprisingly, dropped off the cryptic picture with no further explanation. Fan theories are circulating about what the picture could mean in relation to MCR's upcoming album.

This morning, Matt Galle, My Chemical Romance's long-time booking agent, brought further suspicion to the unexplained picture by retweeting it.

This is not the first time MCR fans have gotten teasers from the band in the form of close-up shots of words. In June, 2009, Mikey Way posted "practice cam" shots of what appeared to be working titles for songs written on whiteboard.