Lyrics of the Week: Sadie

The subject of their song, "Sadie," is a real character, a woman known as Susan Atkins or "Sadie Glutz," one of Charles Manson's followers. The song features the words of Atkins' actual testimony on the track voiced by Heather Gabel, who designed Alkaline Trio's well-known heart-skull logo.

Atkins, who has been incarcerated for her crimes since 1971, died last night in at age 61 from brain cancer. 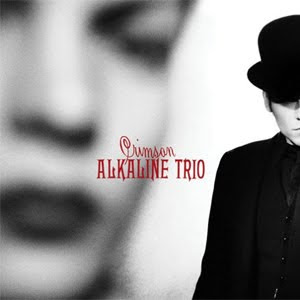 
You're on your own my little nightmare
you cannot stay here
It's far too bright for you
If they attack you just lay there,
Play dead dear, it's your only hope of pulling through.

And seconds they seem like a lifetime.
A dream, recurring, a dream that can't come true.
And they'll pin it all on you
after all you've been put through.

"Sadie G. She's crazy, see?"
That's what the white coats say.
Now Ms. Susan A., you're losing
every opportunity to put us all away.

Go run along my little nightmare.
Your job is done here.
You've scared them all to death.
If they revive them just sit there.
Just smile dear. Make them thankful for every breath.

The sentence may seem like a lifetime,
a scream, that's curdling the blood they found on you.
And your knives and clothing too.
Charlie's broken .22

Well they found you and they shipped you up the river the same way that you've bound and gagged,
You've shot and stabbed,
You tried to set them free,
but they've thrown away the keys.

For more Alkaline Trio songs about murder cases see "Dead And Broken" (About the Laci Peterson Murder) and "Prevent This Tragedy," a song that supports Free West Memphis Three.