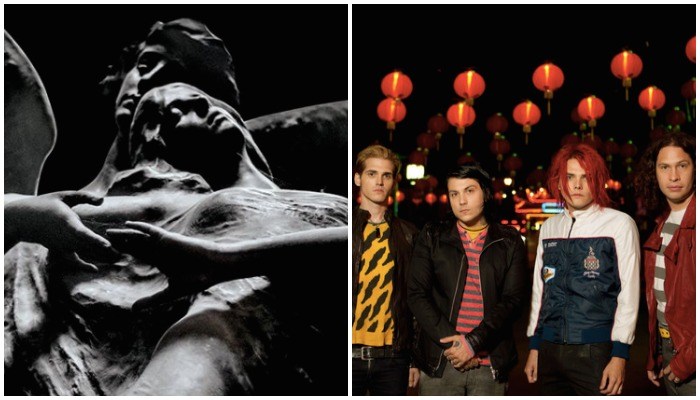 My new AltPress article explores some of the visual themes of MCR's Return. Check it out!

Since My Chemical Romance’s return announcement, the band have remained relatively quiet. We’ve gotten a couple new show and festival appearance announcements, but fans are absolutely desperate for some clue as to what else might be going on below the surface.

For every big MCR moment, the band have found ways to be cryptic and keep us all guessing, so we’re taking the very few images we have available to us to try to figure out what else the band may be up to.

Here are a few things we’ve discovered so far. Please take these with a grain of salt; as, MCR have proven time and again that they are five steps ahead of the world and that nothing is quite what it seems.

THE STATUE
The statue featured in the official “Return” imagery is not new. In fact, it has existed for more than a century in Bologna, Italy. The piece is titled “Cella Magnani” and was sculpted by Pasquale Rizzoli in 1906...

READ THE REST ON ALTPRESS.COM