My Chemical Romance song to Appear in 'Glee' Episode? [UPDATE!]

In an interview with Billy Bush, Gerard Way confirmed that Glee will be performing "SING." 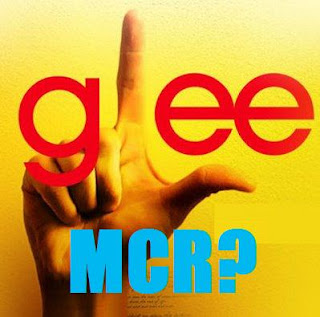 According TV Guide, the character Sue "will partake in a dance number set to a My Chemical Romance song," though it gives no further details about which song.

My Chemical Romance vocalist Gerard Way recently spoke to The Hollywood Reporter about the prospect of an MCR/Glee collaboration:

"Who cares? Somebody once brought up Glee--like, would that bum me out? I say why get bummed about that? It's like the radio. I don’t watch the show, but I know it would be funny."

deja182 said…
Instinctively, i was prepared to stomp all over this. I have bad experiences with bands I like becoming involved in pop-culture like Glee. But now that I think about it, you'd have to be pretty open-minded to get into the world of the Killjoys, and if one of the mindless Gleeks I know (only mindless in my PERSONAL experience) want to give it a shot, then I'm all for it. That being said, I think that the song is going to be a disaster. \_( "-)_/
January 13, 2011 at 1:21 PM

Francesca said…
The idea is awesome, I watch Glee and if it was just taking the piss out of the song in a funny way, I'd love it. I mean, everyone dances to My Chem, right?!

Get the feeling it'll be a viewer-friendly Teenagers. Or Na Na Na.

AntiMatter said…
I love how indifferent Gerard is about it.
Personally, I'm a little pissed about it, simply because I don't want MCR to become a huge part of that sort of culture, and to be totally ass-kissed because of it. Other than that though, I'm not entirely arsed.
January 16, 2011 at 11:20 AM

Anonymous said…
I'm cautiously optimistic about this. I enjoy Glee, even though it has a habit of being horribly cheesy and inconsistent with the plot, simply because I believe the intentions of the show are good. I believe the performance will be good. The only thing that concerns me is the context that the song is used in, but if it's going to be Sing, I don't think there's much to worry about.
January 28, 2011 at 4:59 PM