August 21, 2012
Here's an outline of what's been going on in the My Chemical Romance world since my previous update on August 8.

August 21
deadmau5 posted the below behind-the-scenes footage from the "Professional Griefers" video, which is set for release next Wednesday. 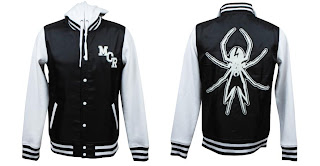 Yesterday, MCR unveiled their "School Sucks, Start A Band" varsity jacket (pictured left.) You can order the jacket from MCR's online store for $69.99 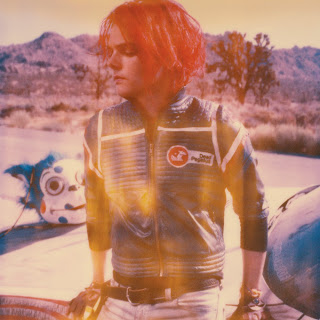 August 13
Gerard Way discusses My Chemical Romance’s 5th album on “Spoilers” with Kevin Smith
The BIG news. Gerard, for the first time, has opened up a bit about what he is calling "MCR 5" at the moment. Click through and watch the interview. Dark and costumes and progress--OH MY!

August 11
Shaun Simon posted yet another tweet about the Killjoys comic!